TT-173 is the first recombinant human Tissue Factor-based topical hemostat for use in surgical bleeding. Developed as a lyophilized, it is highly stable even at room temperature. Its use can be flowable gelatin matrix, presentation in powder, absorbable dressing, and sealant.

Bleeding is a potential complication of any surgical procedure, representing a major challenge for surgeons and anesthetists. The larger and more complex the surgery, the greater the potential for unexpected severe bleeding. Although the mortality rate is low for most surgical procedures, that is, less than 0.1% for most routine surgery, the percentage may be greatly increased when severe bleeding occurs during the operative procedure. Severe, unexpected, and uncontrollable bleeding during the operation can raise the mortality rate from 1% to 20%.

The most common cause of significant intraoperative bleeding is inadequate surgical hemostasis. Moreover, it has been demonstrated that surgical technique per se affects the rate of postoperative hemorrhage. However, in some cases either acquired or congenital coagulopathies may at least favor, if not directly, cause surgical bleeding. Whatever the cause, uncontrolled bleeding can lead to a combination of hemodilution, hypothermia, consumption of clotting factors, and acidosis, which in turn exert negative influences over the clotting process to further exacerbate the problem in a vicious circle.

Tissue factor (TF) is a transmembrane glycoprotein that induces the activation of extrinsic pathway of the coagulation cascade. The use of TF as a hemostat has been postulated in the past, but their development as hemostatic treatment has been limited by the fact that purified TF presents a very limited biological activity and must be incorporated into a lipid membrane to adopt and adequate folding.

TT-173 is the first recombinant human tissue factor-based, not thrombin-based, hemostatic agent, using yeast-derived microvesicles integrating a modified form of recombinant human TF in the membrane. As a fully recombinant compound, TT-173 does not present associated risk of infectious agent transmission. In contrast to thrombin, TT-173 acts at the first step of coagulation cascade activating all the coagulation factors, stopping the hemorrhage with better mechanical properties and leading to a higher hemostatic efficacy compared to thrombin. 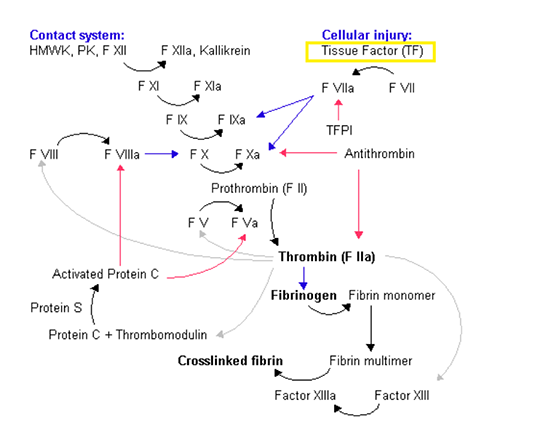 TT-173 is currently in phase II/III study in total knee arthroplasty (TKA), after successfully completing the phase I in dental extraction and phase II in skin grafting. Short term strategic objectives (18 months) are to complete the final clinical trials and drug registration with the European Medicines Agency (EMA) and the US FDA.